5 Quotes From ‘The Good Wife’ That Changed My Life

My latest in Thought Catalog 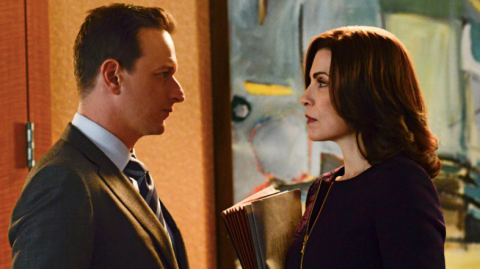 I’m a licensed therapist and a mental health journalist, but when I get home at night and my laptop blinks to life, I’m a fangirl. Fictional characters have transported me through more than one challenge in my life, from job interviews to bad dates to the death of my mother.  Story is powerful, and it doesn’t matter whether it’s coming from across the table or from your Netflix account.

Last winter break, desperate to detox from graduate school, I went on a therapeutic TV binge. In a superhuman feat requiring years of fangirl preparation, I inhaled almost 100 episodes of CBS’s hit drama The Good Wife in just a few weeks. The show’s brilliant take on office politics and its pioneering female roles made me sit up straight. And before you could say “Christine Baranski” three times fast, I began to take notes.

Perhaps my professors might cringe and weep, but I learned more about my abilities and my goals in those two weeks than I have in five years of graduate education. The field of psychology is dominated by women, so you’d think that the following wisdom have come up once or twice. But the truth is that sometimes TV is the best teacher of them all. Here are five lessons the show taught me that have legitimately changed my entire life in the last seven months.

You are currently reading 5 Quotes From ‘The Good Wife’ That Changed My Life at Fangirl Therapy.