Wrong on the Internet 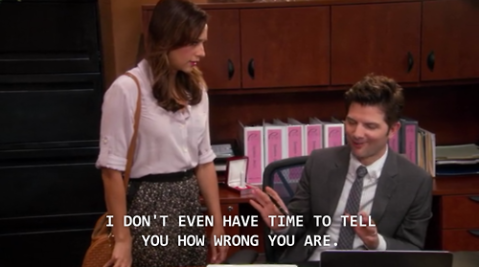 I find myself getting irrationally angry when I see people on the internet or social media quoting incorrect things about a celeb I follow. For example, they may be quoting an article that they have apparently misunderstood. Or they may be picking up on gossip or rumors that are not correct. And it REALLY bothers me to the point where I have to resist replying to people and constantly arguing with them online, proving them incorrect, citing the correct information etc. I’m not sure why this bothers me but there’s a part of me that is angry on behalf of that celeb i.e. wanting to help clear up all this misinformation online.

It’s easy to get angry about what’s right in front of your face. So if you spend a lot of time on the Internet, guess what’s going to upset you? People being wrong on the Internet. Anger is a powerful emotion, and sometimes it’s a useful one. But we have to learn to separate when we’re just being reactive and when we’re acting based on our values. Sort of a general pissed-off-edness vs. a righteous anger.

Fixing wrong people on the Internet is not a plausible task. So what’s one thing in your life that you can solve? Maybe it’s litter on your street, or that one kid in your neighborhood who doesn’t have any books to read this summer. I always find that sending thank you cards lifts me up when I’m reactive. Instead of smashing down negative people like you’re playing whack-a-mole, you’re choosing to lift up people who are doing something right. People who are helpers.

Unless they’re campaigning for a worthy cause, celebrities are the last people on earth who need our help. So figure out what’s important to you, whether anyone ever noticed or not. Then go be a helper. Giving hope to others creates hope, and not even the dumbest Internet comment can steal that joy.

§ One Response to Wrong on the Internet

You are currently reading Wrong on the Internet at Fangirl Therapy.