I’m not sure if you have heard of the Divergent series, but if you have, I have a serious issue. Recently my friend made me watch Insurgent. That’s not torture, but I really can’t bear to watch Four and Tris when she dies later on. It’s too painful. Please help. 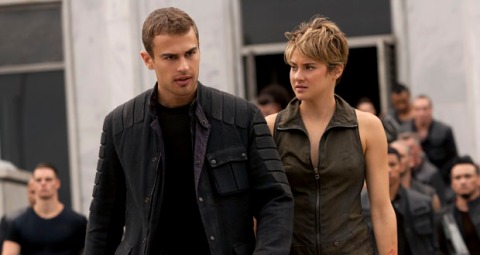 We do not sign up for character death when we become licensed fangirls. We sign up for the ABCs. Angst. Badassery. Character Development. But Death is never far behind, snatching up those we love and impacting us as though they weren’t fictional.

Kyla, you face the same dilemma as Four at the end of Allegiant. Forgetting about Tris is convenient and an attractive solution. But we’re better people when we pass on the memory serum and instead let those character deaths make us into the women that we are. Women who’ve experienced loss, both real and fictional, and come out better because of it. You don’t have to love character death, but you should show compassion to the person you are because of it.

If you need to take a step back and not engage in fandom or avoid the third movie for awhile, I’d say that’s fine. But you’ve got a little less than 7 months to prepare yourself. What I suggest you do is write down the character traits that speak to you in the series, which ones you’d like to emulate or work on in your own life. While you won’t be scaling ferris wheels or leading rebellions, you can look for small but significant ways to take that courage and use it.

To quote The X-Files, our conscience is the dead speaking to us. So what does Tris speak to you and your life? Only you can figure that out.

§ 3 Responses to Death is Coming

You are currently reading Death is Coming at Fangirl Therapy.