I’m currently going through some MAJOR fangirl problems…. For the past seven years I’ve been a seriously dedicated fangirl to a certain celebrity. I was there from the start of his career, through his world tours, when he went to jail, when he went on break, all the way up until now – the comeback era. I’ve seen him a total of seven times live, I’ve run fan accounts on every social media platform, I snuck into his concert meet and greets because I HAD to meet him, and I’ve defended like him like I know him personally.

Recently, though, he dissed fans and I suddenly felt beyond betrayed by his words. Why would he sacrifice us for some girl “messing around with”? Seven years of my life has been taken over by him and now he hates us! So, I decided that I owe it to myself to let him go, but honestly, I’m in love with him. He was there when I when I was sad and going through intense personal issues. Although I’ve unfollowed him, his crew, and his friends on social media (plus deleted my twitter/tumblr) I feel like he’s following me everywhere I go. I walk into a store and hear his music, my facebook/snapchat feed is flooded with articles about him, half of my wardrobe is his tour merch, and EVERYONE I know knows I love him and continues to ask me about him.

I can’t escape! Do you have an tips for a fangirl trying to live a normal life again? I’m 19 now and I need to find something in my life that doesn’t revolve around a boy who doesn’t even know I exist. I am worth so much more this.

END_OF_DOCUMENT_TOKEN_TO_BE_REPLACED

Am I Done Fangirling?

I’ve been finding myself not as into my usual obsessions lately.  My IRL collections are starting to bug me because they take up space, I’m not as passionate about things as I used to be, and I’m not really enjoying myself anymore when I hang out with my friends (I’m actually been getting annoyed because all they talk about are their fandoms).

I used to be hardcore about my obsessions, but now I feel more exasperated towards it all. And it’s weird because these feelings are really out of character for me… especially the “no longer enjoy time with friends” part. I thought maybe I was growing up but my friends are older than me which makes me feel even more strange.

Fangirling has been a major part of my life for so long but now… It’s like I hardly know myself at all anymore…What should I do?

END_OF_DOCUMENT_TOKEN_TO_BE_REPLACED

Hello there, I’ve been fangirling for awhile now, and recently I miraculously somehow managed to get into a school that has high standards for grades.  I’m actually worried that my fangirling will get in the way of my studies ( I do not want to get kicked out), but I also do not want to give up my fangirling. What do you think I should do?

END_OF_DOCUMENT_TOKEN_TO_BE_REPLACED

I‘m obsessed with Sam Heughan from the Outlander series. I feel like I’ve been in a depressive state for the past couple years since the show started. Rationally I realize I don’t really know him and my obsession is mostly tied to Jamie Fraser, his character in the show, but that doesn’t stop me from obsessively checking his Twitter and Instagram or feeling total despair when people talk about him dating someone. The worst part is I’m 34, married, with 2 small children. I feel like I’m missing out on my kids’ childhoods. I just want this to stop but I literally don’t know what to do.

END_OF_DOCUMENT_TOKEN_TO_BE_REPLACED

Welcome to My Obsession

I’ve recently found this podcast called Welcome to Night Vale. And when I get obsessed with something, I get OBSESSED. So I find myself talking nonstop about the characters’ plights and about the ship Cecil and Carlos which is canon (Thank you, Joseph Fink). And I find that my family, brother, and even my friends are starting to get annoyed by it. My brother even lashed out at me for liking something so morbid and confusing. And to make it worse, none of my friends listen to it, so it just makes me look crazy when I rant on and on about it. Do you have any suggestions that might help me try to tone down my obsession with this podcast? Thanks!

END_OF_DOCUMENT_TOKEN_TO_BE_REPLACED 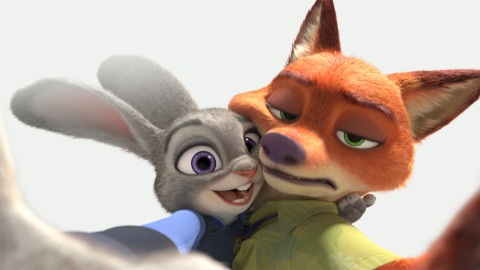 Disney recently released a new film called Zootopia. And OHMYGOD I LOVE IT SO MUCH. I’m already a humongous gigantic mammoth fan of anything Disney related, but this movie honestly consumed me. I’m in love with the main characters, and I ship them SOOO HARD. It’s honestly out of control. I spent the whole afternoon today reading fanfics about Zootopia, and now I’m basically exploding with feels. I was supposed to study this afternoon, but then I was like “but. tumblr.” and now it’s 8 pm where I live.

It’s an overload of happiness; what’s not to love? But it’s so messy and emotional and hard to control. I don’t want to cut it out of my life; honestly, fangirling seems like one of the most beautiful things you can do (especially as a teenage girl). But is there some way to control it? HELPPPPPPP. PLEASE. Thank you so much. I hope your book flies off the shelves.

END_OF_DOCUMENT_TOKEN_TO_BE_REPLACED

The Chill is Gone

Agh! Hello, Kathleen! I just got involved with a new Netflix series and I immediately became obsessed with one of the villains. I’ve always been one of those girls who swooned over the villain, but this dude was different. I have tendencies to obsess over people in bands and TV shows, so this isn’t new to me, but I literally cannot control myself whenever he pops up on the screen or says something or picks up a pen. My mom thinks I’m insane and tells me to chill, but I cannot chill. No chill is left in me. How do I deal with all these feelings?  I feel like I’m being really creepy, and I know that this phase will probably pass, but at the moment I don’t know what to do with myself.

END_OF_DOCUMENT_TOKEN_TO_BE_REPLACED

Is it healthy to be obsessed over a TV Show? I’ve read your diagnoses and yes I identify myself with lots of them but I mean… people think I’m crazy. Is that good?

END_OF_DOCUMENT_TOKEN_TO_BE_REPLACED

I Lurv You, Famous Person

Do you think it’s possible to fall in love with a celebrity? I mean really and truly fall in love. There is one celebrity that I love and admire a lot; it could be infatuation but it feels more like love?  It’s hard to explain and it seems ridiculous because I don’t know this celebrity personally, and this celebrity doesn’t even know who I am. But I can’t help but feeling it’s some sort of unrequited love. Not the kind where if I just took action something might happen, but the kind where I know it will not happen but I can’t stop loving them anyway. I’m also worried that this whole thing might seem creepy (I haven’t told anyone before and I would never say anything to the celebrity if I had the chance because I wouldn’t want to make her uncomfortable or anything), but I’m just genuinely confused. What do you think? And what can I do?

END_OF_DOCUMENT_TOKEN_TO_BE_REPLACED

What Makes a Fangirl?

I love being a fangirl and I love fangirling. I watch tons of popular and obscure shows and I often dive in to the fandoms for those shows. My problem comes in the “variety” (for lack of a better term) apparent in my fangirling. I’ve never fangirled over a female character!

I keep lists for actors I’m a fan of and try to watch all their stuff, but never an actress. I worry something is wrong with me because I just can’t seem to connect with any female characters or actresses like all my friends do. Is this just a case of not watching shows with strong female characters? I’m way more of a horror/Sci-fi gal than romance and for a long time I just assumed that was my problem.

END_OF_DOCUMENT_TOKEN_TO_BE_REPLACED

You are currently browsing entries tagged with obsession at Fangirl Therapy.